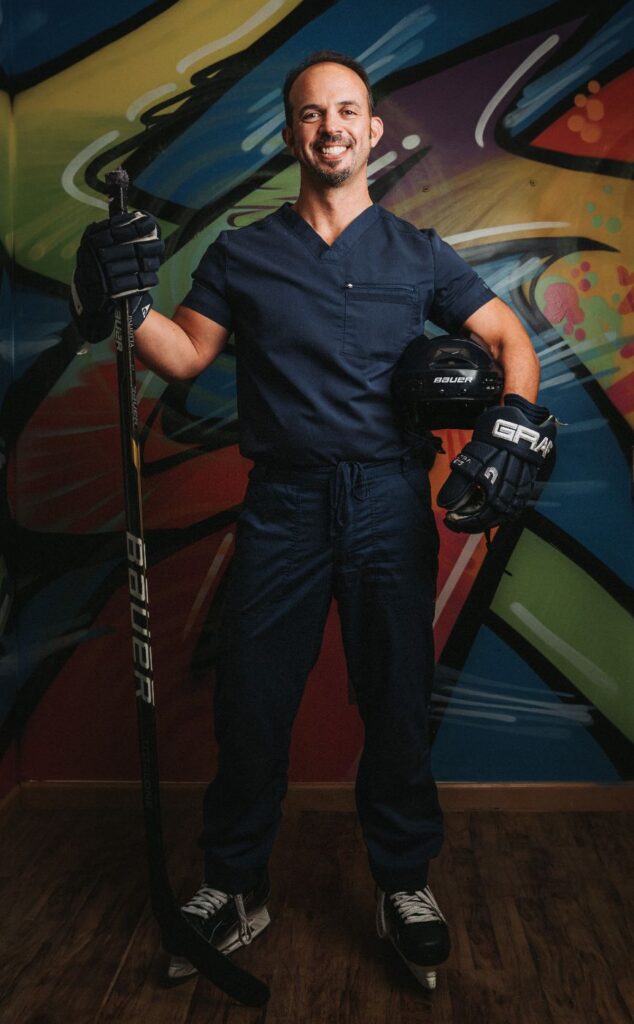 Dr. Baum has been setting the standard in outstanding orthodontic care in our area since 2004, creating thousands of healthy smiles for both children and adults. Dr. Baum maintains memberships in prestigious professional organizations such as the American Dental Association and the American Association of Orthodontists, he has lectured on behalf of Invisalign, and has been named “Top Orthodontist” by Connecticut Magazine every year since 2010!

Born in North Haven, Dr. Baum has spent most of his life in Connecticut. Dr. Baum received his Bachelor of Science degree from Tufts University in Boston. He then went on to earn his Doctor of Medical Dentistry at the University of Connecticut School of Dental Medicine, and ultimately he received his Orthodontic Certificate and a Master’s of Science from SUNY Buffalo.

Dr. Baum and his wife, Shana, have two boys who keep them extremely busy. Both boys are avid hockey players. In addition to the early morning practices, the boys’ hockey travels have taken them to some great weekend destinations including the hockey capitals of the world in Canada (Vancouver, Toronto, Montreal, and more!). Dr. Baum is also an avid sports fan and participant. In the winter you can catch him out at the hockey rinks with his sons or skiing; and in the summer kayaking, paddle boarding, or on a tennis court. He is a huge hockey and football fan and loves all things Boston. As a big Bruins, Patriots, and Red Sox supporter; he often finds himself in the minority surrounded by New York fans at the office, including most of the staff!

Dr. Baum receives great enjoyment from his work. However, he will be quick to tell you that the most rewarding parts of his day are his interactions with his patients and seeing their smiles grow. 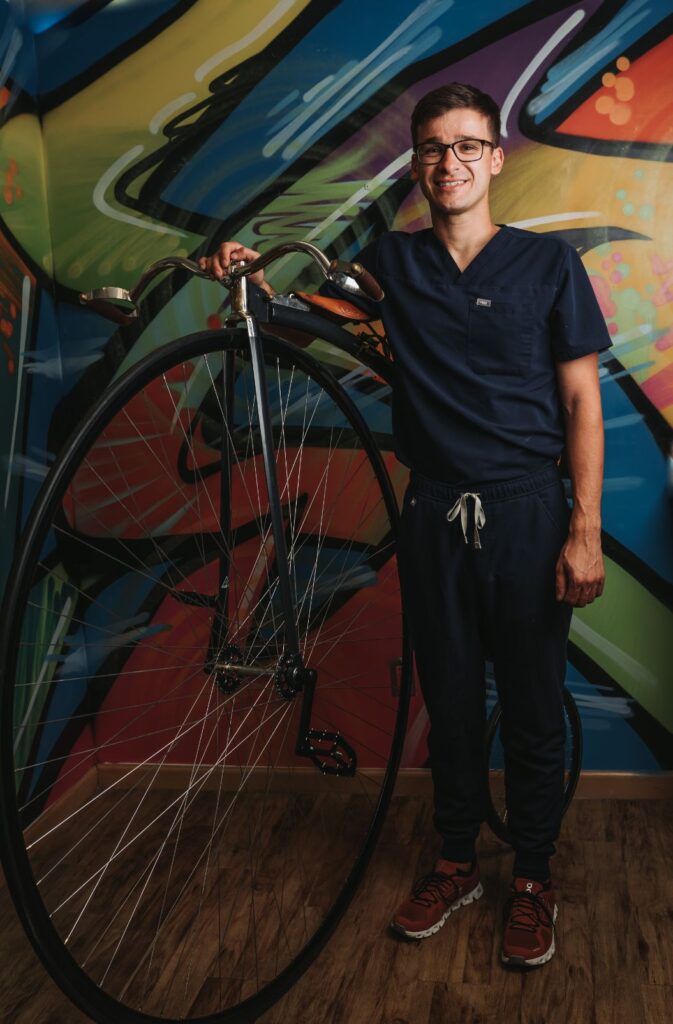 Dr. Blanck is a CT native and earned his B.S. in chemistry from the University of Connecticut in 2013. He completed dental school at the UConn School of Dental Medicine in 2017 and was inducted into the Omicron Kappa Upsilon dental honors society. He continued his orthodontic training at UConn, where he earned his master’s degree in dental science and obtained his orthodontic certificate in 2020.

He continues to teach in the orthodontic program at UConn as a volunteer clinical faculty member. In February 2021, he became board certified by the American Board of Orthodontics (ABO) to reach the highest standard of excellence in the field of orthodontics.

Dr. Blanck says “I believe in providing quality, compassionate, patient-centered care by treating my patients as I would my own family. I build relationships with my patients by working with them to create beautiful, functional smiles. The best part of any appointment for me is the conversation, whether it be about treatment goals or an in-depth discussion about exciting weekend plans.”

He currently resides in Milford, CT with his wife Lauren, little boy Stanley, and three kitties Gracie, Olive, and Alfalfa. He is an active member of the Connecticut Wheelmen bicycle group and spends much of his free time riding, working on, and collecting antique bicycles. His other favorite hobbies are restoring antique cars with his dad and fishing on Long Island Sound with his extended family.

Take the first step toward achieving a happy, confident smile. Today is a great day to request your complimentary consultation! We can’t wait to meet you!

Check out what our patients are saying about their awesome experience with us! 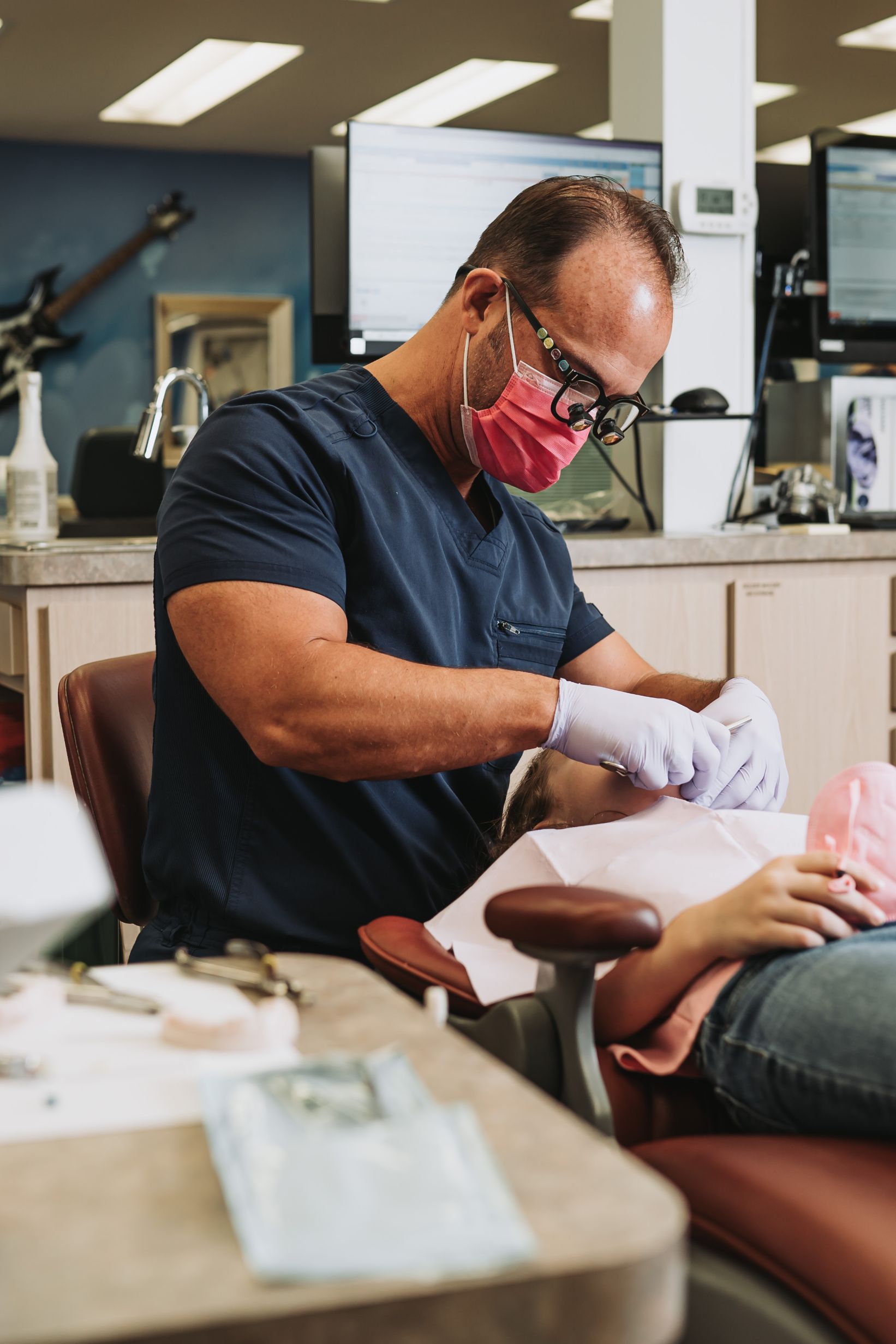 so great everyone here is so welcoming, and i had absolutely no problems with my braces!
grace K.
Baum braces is the best! They clearly explained treatment plans so that even young children understand the steps. Everyone who works there is so friendly. Location is convenient. Most... importantly, we are so happy with our childrens’ smiles! Highly recommend!read more
Lisa L.
Great staff made my experience very enjoyable and teeth came out great would recommend 👍
Jack M.
Four out of my five kids got braces with Baum Braces and each had a great result! Very pleased and very very happy! The people who work there are wonderful!
Sheila H.
Dr. Baum is one of the best providers my children have, and practices like his are few and far between. I not only value his expertise, but him and his staff are extremely responsive,... caring, compassionate, and professional. You will never have a doubt that the care and treatment plans you receive are evidence-based and personalized for your child.read more
Julie R.
The staff is amazing, the place is immaculate, they answer all of our questions and my boys love going there! Thx for making this a positive experience for them and us as parents!
Ivette H M.
Great ortho practice! Reliable doctors and great staff! Nonjudgmental and really helpful! Had my son finish his course, just finished mine (Invisalign) and have my youngest currently in... treatment.Clean, professional, friendly! Love the receptionist Ann (?) Very relatable.Thank you Baum Braces!!!read more
Jason & Madeleine C.
Great staff! This is my second child to get braces with Dr. Baum. Very professional, calming with nervous kids, and the prizes make my daughter happy.
Lori M.
Got me in 30 minutes late and I was able to leave 30 minutes earlier than expected
EWCH
Baum’s braces did a really amazing job on customer service and at being welcoming to all their patients! I was very pleased with my results and my visits throughout the year and a half I... have been here! Thanks for being so nice and all your hard work on my teeth! :)read more
Shanell
Great experience throughout my entire process from getting them on, to getting them off!
Sean C.
I am so happy with the result of my Invisalign! I just finished yesterday, and it made a really big difference. Everyone there was always so nice, lots of fun games to play, and even... prizes! I would definitely recommend Baum Braces to anyone!read more
Ryan’s Random S.
Great service , Staff is very friendly and professional. Both offices were super clean and you instantly feel welcomed and comfortable. Referred my coworkers and they will be patients as... well.read more
TGray92
I started with Baum Braces when I moved to Newtown in 2016, I was already four years into having braces and they made the transition as comfortable and smooth as possible, I had a different... set of brackets than the ones Baum typically used but it was no problem for them at all. I was in braces for a total of six years and they were always super flexible about appointments, adjustments, and any occasion where I needed something fixed, for example, a bracket had popped off and they were able to get me in the next day. If you’re new to the area or are just looking for an orthodontist, Dr. Baum and the rest of the team are amazing and I highly recommend them!read more
Madeline R.
Every time we walk into Dr Baums office in Monroe we are always welcomed by the most friendly staff not to mention the beautiful smiles everywhereThanks Dr Baum and staff for helping us... stay calm and smiling😘"Because you're never fully dressedwithout a smile"shout out to Keith...you are so awesome! Your professional, skilled and have a warm and caring personality-the world is a better place because of you.Love you too MonicaWe will miss all of you and Keith I am coming over for a garden fresh tossed salad when the picking is ready!read more
Susan D.
Dr. Baum and his team are excellent. I was in ortho for years before going there and was not happy with the outcome each time. Dr. Baum was able to achieve what several other orthodontists... were not able to. His intellect is unmatched! Thank you so much to everyone at that office for always taking such great care. Sooooo happy with my results! 😁🤩read more
Heather W.
Always a pleasure going to Dr Baum, from front desk to checkout it’s always a pleasant experience!
Beth L.
This place was amazing and did a great job handling my teeth! They make it really easy and got my braces off in time for summer!
Colin S.
I had a tremendous experience with Doctor Baum and his team. I’ve had extensive dental work in the past and decided to get Invisalign at 30 years old to once and for all get the smile I’ve... wanted. From the moment I consulted with Dr. Baum, I knew I’d be in good hands.They are incredibly professional and made sure to meet my timeline goal of getting the Invisalign compelled before my wedding date later this summer. Monica, Paulina and the entire team were all committed to ensuring I reached this goal. As far as Invisalign goes, I can’t imagine a better experience than with Dr. Baum’s team. I honestly will miss some of the positive energy and kindness everyone here has!-Kevin Mread more
Kevin M.
Dr. Baum and his team have been nothing but amazing! I’ve been working with them for the past 2 years and finally got my braces removed today. They look perfect. Everybody is so friendly... and helpful. The staff answered all my questions and best of all I got my retainers on the same day. Thank you guys!!read more
Daniela
‹
›
Read More
Our locations

Come by one of our convenient locations so we can help you get started with orthodontic treatment. Our team is ready to serve you and your family with the highest quality care possible! 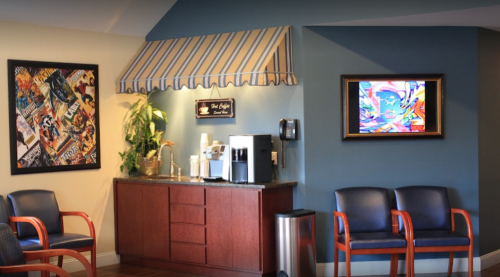 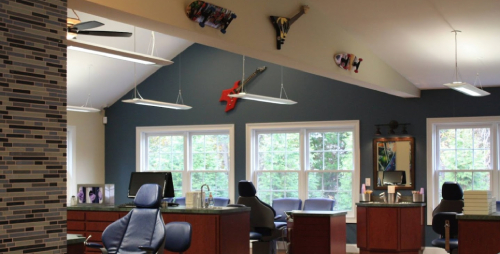